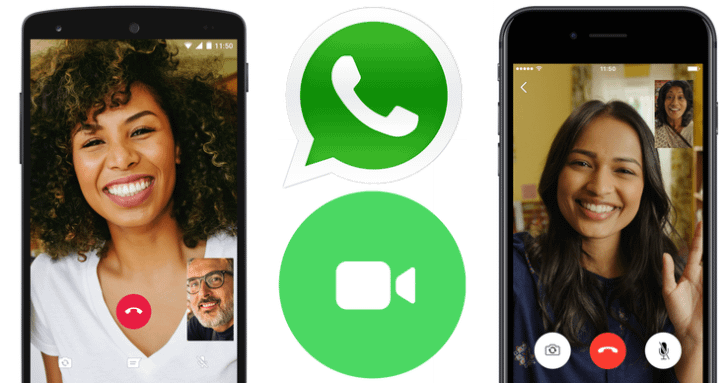 FaceTime is one of the most cherished apps on Apple devices. In fact, for anyone switching from an iPhone to Android, it can indeed be a huge loss. The FaceTime is entirely an Apple property and it remains exclusive to iOS only. How to get FaceTime for Android? To be frank enough, it is NOT POSSIBLE. Instead, we would suggest you opt for FaceTime alternatives that work to the same level. Let us find such alternatives to FaceTime and the truth behind the claims that FaceTime is available for the Android ecosystem.

Yes, before moving on to understand the alternatives we have for FaceTime on Android, it would be wiser to understand what exactly is FaceTime and why is it so popular. FaceTime is a well-known app for video calls and text messaging functionality. You may as well ask us what is this hoopla about when we have the plethora of great apps built for the same purpose.
Well, the reason is simple. It is a meticulously designed texting and video calling app. It has been considered to be the ultimate in its genre. Complete integration with Apple ecosystem makes it one of the most secure messenger apps currently available.

Why is it not available on Android?

Many Android users keep querying whether the FaceTime app is available for Android. Actually, the answer is NO. However, some app developers have been claiming that they have developed FaceTime app for Android. Here we go behind the truth of these claims.

FaceTime is an entirely Apple product, as we have been saying repeatedly. The application is configured for the iOS platform and as such is not compatible with Android operating system as yet. One should clearly understand that the sites claiming that they have developed FaceTime app for Android are just misleading you. The app you would be downloading would be either a corrupt application or in most cases, a malware. In some cases, it can be a poor adaptation of the original app.

We would wish to warn our readers not to fall prey to such claims. Until the time when FaceTime becomes available from the official channels, you can continue with the alternatives to FaceTime on Android.

Best Alternatives To FaceTime For Video Calling On Android

Well, there isn’t any chance to use FaceTime on Android as things stand as of now. We would suggest the following alternatives you can use for your needs in video calling and messaging.

FaceBook Messenger is undoubtedly the best video calling apps you can have on any platform. It is widely used by a considerable number of people. The fact that Facebook forces you to use its standalone Messenger application has ensured that the app being used by almost all Facebook users.
The cross-platform functionality of the app makes it best suited to chat with any of your friends on any platform. Facebook Messenger supports both audio and video calls. Since every one of us is on Facebook, you can have chats -both voice or video – with almost all your friends and contacts.

Google Hangouts can be another good option for your needs in video and voice chats over the internet. There is no special sign in process involved in it. It works seamlessly with your Google account.
Like Facebook Messenger, Google Hangouts too offers you a cross-platform compatibility. And yes, you can switch between your desktop and smartphone on the go with Hangouts. It also is compatible with Mac OS. Whats more, you have a version for iOS as well. The service has received huge improvements over the last few years, ever since it has replaced Google Talk as the Gmail native chat app.
Apart from functioning as a one to one calls, Hangouts also lets you conduct multiple calls simultaneously. Akin to call conferencing, the feature can be used to have a conversation with a group of ten people. Syncing your contacts on your Google account can be one of the added advantages, thereby aiding you merge all your contacts and conversations.

Isn’t it the best video chat app that we have ever come across? Well, indeed, it is the best on your desktop. More than that, Skype has replaced Windows Live Messenger after Microsoft acquired it. However, the Android offering from the oldest video chat application is also quite good enough.
Basic account can be free and offers one to one calls. You can make calls across platforms and that makes it one of the best options for your video chat requirements. But, you will need to opt for pay per minute or monthly subscriptions for any calls outside the DSkype network.
The Android application was reportedly having some glitches in the past, but the latest updates have improved the performance of the world’s best-known video chatting tool on desktops. It can keep working in the background and push notifications whenever you have received a message. It can be a perfect FaceTime alternative with its performance and a great track record.

How can we forget WhatsApp when discussing the instant messengers and voice calling apps? WhatsApp has been the widely used instant messenger for text messages since long. With a series of improvements and updates, it has now been offering you video chat functionality as well.
The application is completely free to use and that should make it one of the prime reasons you can opt for this perfect alternative for FaceTime on Android. The cross platform nature of the service makes it the best option across multiple devices. One of the best features that makes it a great options is that it does not need you to create any dedicated account to use it. WhatsApp works with your mobile number, and that is enough to make it the best option for your video chats.
You can use it to send all sorts of messages – be it GIFs, videos, audio files and virtually any file. The messages are encrypted end to end and that makes it equivalent to FaceTime in terms of privacy.

It is one of the oldest video calling apps available for Android and can be a perfect alternative for FaceTime. It offers you a perfect option for video calls on both WiFi and mobile data.
Account creation is quite hassle free and easy to learn. You can make voice calls, send text messages or even make video calls. The app is completely free to use. Yes, it comes with in-app purchases. Please note that the in-app purchases are purely for the sake of customisation needs and are not needed for other functionality of the app.
One of the features we liked on the app is the Discover feature. It helps you find new friends based on your interests. The application performs in a stable way and dependable enough.

Cross-platform functionality is the USP of this yet another promising app in the arena of video calling apps for Android. It is dependable enough and offers you the functionality that matches FaceTime on Apple.
It offers you a multitude of services like text messaging, video calls and voice calls. As we said before, OoVoo is available for iOS, Android, and the desktop operating systems like Windows and Mac. OoVoo supports group calling up to 12 people.
What makes OoVoo a great option for video calling is its ability to handle the quality of connections. Even on lower bandwidths, it performs effectively. The app boasts of over 50 million users globally and poses as the serious and effective alternative for FaceTime.

Viber made its entry as a voice call service. Soon it realized the importance of the messaging and forayed into text messaging and later into video calling.
The app has over 600 million downloads so far. Apart from the calling feature, Viber also lets you get access to what’s happening around the world. The interface is quite simple and easy to use. Though the application has not been as popular as some of its competitors, it has features worth its salt to claim itself to be a good alternative to FaceTime.
It integrates well with your contacts database on phone and thus can help you have ease of setting up any new contact just by saving their name in your contacts list. Yet another important aspect that makes it a good alternative to FaceTime can be the support it offers for Android Wear. The app keeps working in the background and can thereby push notifications as soon as it receives any.

The Final Thoughts
FaceTime is not likely to come on Android in near future. The alternatives featured above should suit you in all respects. Hangouts is an interesting option and comes much closer to FaceTime in most of the features. What makes it a great option is the fact that it comes directly from Google just like FaceTime is a true Apple product.
Have you used any of the FaceTime alternatives we have featured in this post? Do share your views with us. If you think we have any better options from that point of view, you are welcome to come up with your ideas so that our readers can benefit from your experiences.