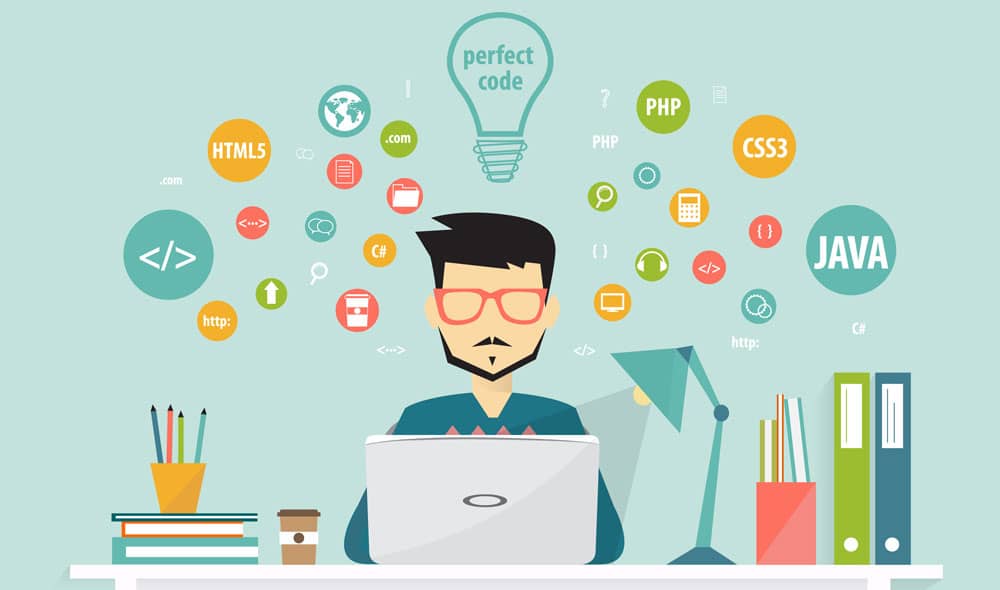 In the dynamic environment now where everything is changing gone are the days where only one language web developer Is okay to work with.

The competition has increased and now holding multiple qualities is the main criteria, the industry is now become complex and asks for more. To sustain in the current market situations a web developer must know different programming languages and must even have a good hand over it and only then will they get the job. The growing competition has lead to many growing complexities as well. the web developed is now even expected to have a hand over different range of technologies with ability to run them smoothly.

What Is A Full Stack Developer?

Full stack developer must even know how to convert Photoshop designs to front- end code. They have diversified knowledge and hand over almost every tech task.

A full stack developer is jack of all and not necessarily be the master. He has to work on everything so holding an adequate amount of knowledge about it is what is expected.

Layers Of The Full Stack

Other Skills That Full Stack Developer Will Be Inculcating Is

1) Ability to deliver quality test while writing a programming language.
2) Having a hand over automated processes for developing an application.
3) Awareness about security concerns.

The Quality Stacks That Are Required By The Full Stack Developers Today Are As Follows.

a) Linux and basic shell scripting

– Currently this is powering the internet and a full stack developer must know the operating system at least.

– Amazon, Rack-space and many other as well – on the other hand a full stack developer is also expected to know about the process of cloud hosting and even Amazon/ Rackspace and all the other providers.

– Elasticsearch, Sphinx – Search is one the un-separated part of any process irrespective of it being tech, and one has to know how to use search serves like Elasticsearch and Sphinx.

– Varnish, Memcached, APC / OpCache- A full stack developer must know that now coaching is one of      the integral part of web developing and he needs to know how to use OpCache etc.

– Even if you are a single developer today you are expected to have a version control and if you do not have hand over it then it is unacceptable to not know version tools like Git, Mercurial, and SVN.

– virtualization has a very separate and a different environment and working on a project it did be great if you have a virtual box and a vagrant.

– a full stack developer must have knowledge about how to develop this set up these applications and even serve the contents of the website. Web serves like Apache and nignx are the norms of the web development.

– a full stack developer must know at least three programming languages, Java, PHP and HTML. They work like the need of the hour.

– backend tech not only includes web servers and programming languages but also must know database management. It is a very important requirement that a full stack developer has to fulfill.

1) A full stack developer is expected to know how to convert a website design into a front end code.
2) This even includes UL and UX.

With the growing dynamics in the environment, full stack developer must also know mobile technologies.

The gap between the web development and mobile development is now blur and if now one wants to work in the field he has to be handy with both of them. As the requirement is uncertain

Full stack developer is not a bad option with this kind of skills inculcated in you; one can even master this field. It just simply means to diversify your hand over different type of technologies. A full stack developer has to know that he has to be the jack of all the fields and only then will he master the art.

A full stack developer doesn’t have to a web developer who is fluent and master of all the technologies but has to work on different technologies to have an understanding of web applications thoroughly.

In the near future, a full stack developer will have a high demand rate in comparison to any other web developer as they want a person to serve any need of the hour other than only his specialization area.

How to set up RoadRunner Email on Android?