Lmk Meaning : What Does LMK Mean and How to Use it 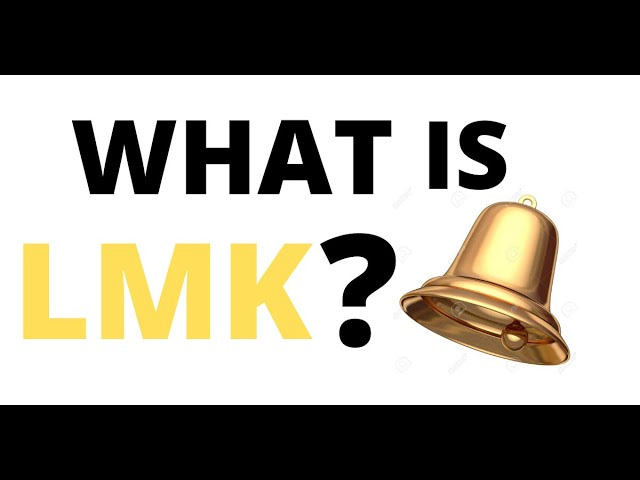 It might be the fact that you have been asked by somebody to “LMK”. In this article, we have mentioned
the meaning of this acronym and also how it can be used.

By the acronym LMK, we refer to “Let me know”. This type of initialism is meant to inform somebody
that they must inform you of some particular thing in the future. For instance, in case somebody
becomes sick, you might tell him “LMK whether you are feeling okay” or “LMK if you require
something”.

On most occasions, this acronym will suggest that one more conversation is going to happen in the
future once a reply is given by another person. Mostly, we make use of LMK while using emails and texts
rather than conversations in the real life. This acronym is also used in uppercase as well as lowercase
according to the situation.

A short history of LMK

It is a fact that we make use of the phrase, namely, “Let me know” on a wide scale in English before it
became an online acronym. Being quite versatile, it can apply to different contexts such as asking
somebody when the meeting is going to take place or informing the restaurant server whether anybody
wants something.

The shortened version of this acronym was derived from the early online forums, message boards, and
chat rooms during the 90s when its popularity increased along with other online acronyms. According to
Urban Dictionary, the online slang website, the first definition for this acronym was recorded in the year
2003.

Read More  Hulu Plus Login - How To Login & Use Hulu Plus

It has become increasingly popular during the 2000s, particularly with the introduction of instant
messaging, direct messaging, as well as SMS. At present, LMK is usually employed while conversing with
other individuals personally.

Asking for a reply

This acronym is utilized in a sentence for mainly 2 reasons – for asking a question to somebody or for
requesting additional info in the future.

In the first case, LMK can be used for asking questions and you can expect an answer within a short span
of time from the other individual. We usually use this while sending a message to somebody that is
presently offline or while dispatching a message via a channel where there is no need for somebody to
provide an answer immediately, similar to SMS or email. For instance, you might say “LMK whether you
will be free today”.

The abbreviation can also be used along with another query like, “LMK where you will be staying on
your vacation”. Your message will appear to be less abrupt while using this application and it will be less
rough as well.

How LMK is going to work?

LMK happens to be an abbreviation that you might come across in work-related communication.
Nevertheless, in case a formal tone is required by the communication, or you are of the notion that the
individual to whom you are sending the email does not know the meaning of the acronym, it will be a
good idea to stay away from using it. In this situation, make sure to use the full form. It is important to
bear in mind that consistency is important in terms of capitalization in case you want to make use of it in
formal interaction. Despite the fact that it will be a good thing to use consistency in informal interaction,
it is not that important.

Read More  Top 5 Tips To Speed Up Your Website

I will go in case you go, however, lmk what time such that I can prepare.

Lmk when the latest report will be available to you.

While asking for updates

One more reason for using this acronym will be to ask for future updates on any specific situation from
somebody. In this case, we often combine LMK with phrases such as “how it goes” or “what happens”.

The reverse of LMK

In case you want to invest some time in thinking about your plans in the future, any suggestion you like
to provide to somebody, or any decision you like to make, you might assert “I will LYK” as a promise for
getting back to them with the correct information once you are prepared.

LMK happens to be a comparatively simple acronym that will be recognized by most people out there. It
will become second nature to them since they already know the usage of “let me know”, and will also
help them to save a lot of time as well.