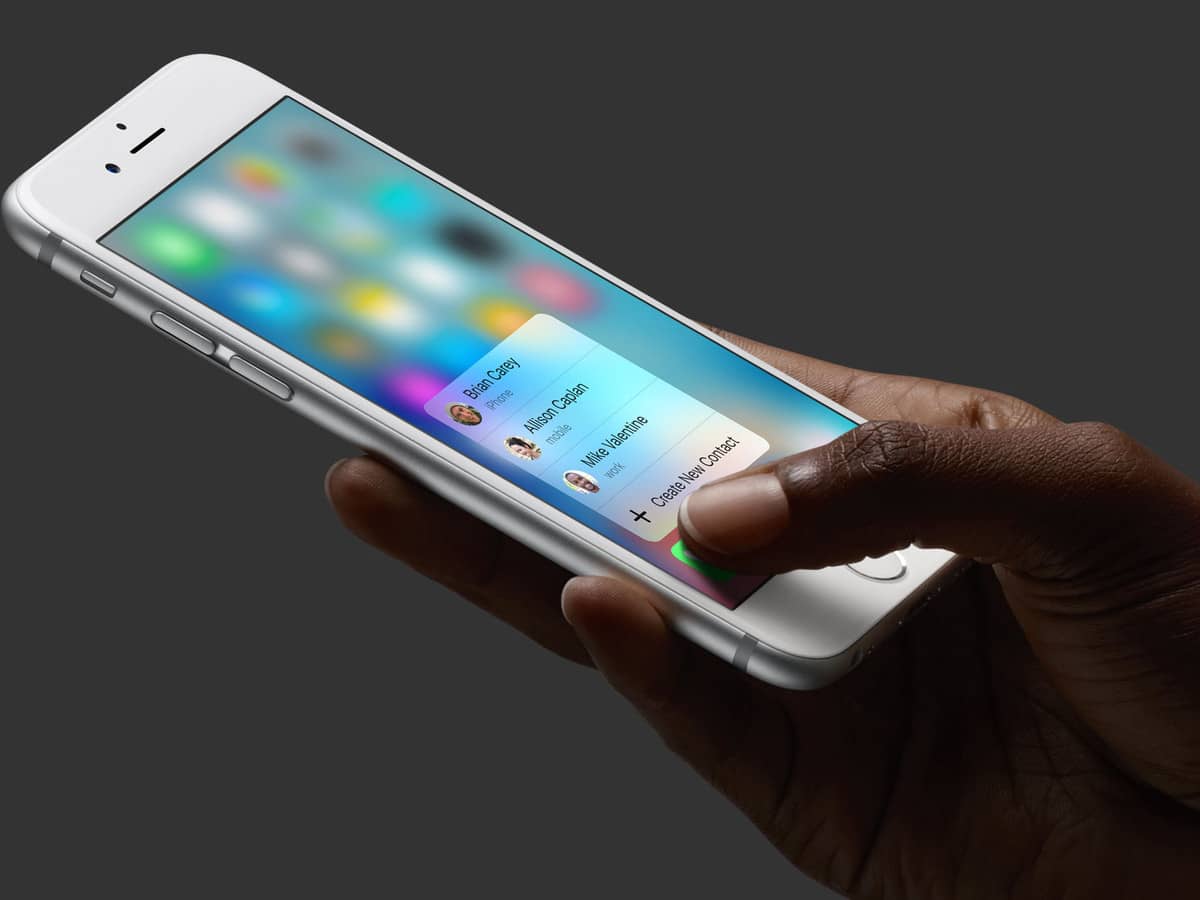 Apple has always been a pioneer when it comes to simplifying the advanced technology. It has launched several innovative concepts which were later incorporated by the competitors as well. Multi-Touch, Forced Touch and Apple Mouse are some such features that were introduced to us by Apple. 3D Touch is one such feature that has revolutionised our world for better. We will explore the 3D Touch Technology in a finer detail in this article.

What is 3D Touch?

3D Touch is a technology that takes the Forced Touch to the next level. It involves applying a different type of pressure on the screen so that you can perform multiple tasks with each type of pressure.

3D touch can identify not only multiple touches but can sense the pressure applied with each touch. When you press harder, your finger presses deeper into the display. This would mean that the finger interacts through a three-dimensional approach with the display and hence the name 3D Touch.

How does 3D Touch Work?

Well, as we stated before – 3D Touch lets you interact with the display in three dimensions. The technology uses the Taptic Engine that your iPhone has. The Tactic Engine is a small motorised engine that works within your device. Comparable to a motor, it lets you create vibrations on your phone.

Whenever the 3D technology senses that a pressure is being applied to the display, it sends out Haptic feedback. This feedback is provided by vibrations generated by the Taptic Engine.

How does 3D Touch benefit you?

The 3D Touch is indeed quite smarter. It simplifies most of the tasks you normally conduct. The technology is a great way in opting for the quick actions.

What mean by Quick Actions can be quite evident from this example. Let us say you want to send a DM to someone on Twitter. Under normal conditions, you will launch your Twitter app and then go into the options to send a DM. 3D Touch helps you get rid of the additional steps. You just force Touch the Twitter icon on your home screen. This will give you options like Sending DM or Creating a Tweet. You can just tap on the options you need and that does it – you are straight into action.

This is how the 3D Touch simplifies your tasks and saves your time. More on Quick Actions in this article later.

What is the difference between 3D Touch and Forced Touch?

As you might have understood by now, 3D Touch has evolved from Forced Touch. Forced Touch can detect the pressure you apply on the display. It can also identify the pressure – in fact – the differential pressure applied on the screen. That would mean it can differentiate between harder press touch, a less hard one and the lighter press. Being a technology that takes forward from forced touch, 3D Touch too is capable of identifying different pressures at different points on the display.

So far they are same. But, 3D Touch exceeds the capability that Forced Touch has. It is faster than forced touch. This faster performance is aided by a combination of strain gauges and capacitive sensors we explained above. Compared to the Forced Touch, 3D Touch offers your lightening speed in terms of performance.

The features of 3D Touch

Well, 3D Touch comes with several advanced features. A couple of the options worth mentioning are Peek And pop and Quick Actions. Let us understand these two terms in a little more detail.

Peek And Pop is a feature that works within the apps. This feature can work both with Apple’s built-in apps and other third party apps. Please note that if your third party app is supported by the developer for 3D Touch, only then can you get it work with Peek And Pop feature.
Peek And Pop is a term coined for explaining the amount of pressure you would need to apply for a specific action. peek as the word itself means a lighter press. Pop on the other hand means a harder press. Let us explain this with an example yet again. Let us say you have just launched your messages app. You do not need to go into each of the messages to check what it is. Just PEEK into the message that you would want to read. Light press on the message and a preview window will now pop up letting you check the preview of the content of the message. Peeking is an option you can use to access the information you need on Messaging, Web links, emails and the address on a map.
Popping is a little more than that. In our example, you have just peeked into your message. Now, press a little harder and you will Pop into the app. Peeking will help you get a preview of what is contained in the message. If you want to interact with this message further, you can POP into it. To Pop into it, press a little harder and you will enter into the app.

You can consider them to be equivalent to the Right Click menu options on your Windows operating system. The feature works on Apple apps and third party apps as well. Yet again, we would like to point it out to you that the feature would work on your third party apps only if your app developer supports it.

Here is how it works – just hard press on the app icon on your Home Screen. You would see the entire Home Screen will blur out with focus only on the chosen app. You will simultaneously see a series of contextual menu options. These menu options are referred to as Quick Settings. Tap on any of these Quick Settings to perform the action you want to.

We have explained how it works in the above paragraphs. The feature speeds up most of your actions. You can long press on the Phone app on your Home Screen and access a series of functions. You can access your favourite contacts list or call them, or even check your recent call log. Force pressing on the Camera app will let you access several Quick Settings like taking a selfie, shooting a video, or taking a video. There is no need to open any of the app for performing the most frequent tasks.

Quick Settings is a feature that puts the 3D Touch technology to its optimum use so that you can perform any of the actions real faster. You will be able to save a lot of taps and steps involved so that it will save you time.

Apart from the Quick Settings and Peek & Pop features explained here above, there are several options that the newer technology has introduced.

There are a few more actions that can be helpful with the aid of 3D Touch. For instance, the Drawing Apps can work better with 3D Touch. Pressing harder will let you create thicker lines while pressing lighter can let you help you create thinner ones.

There may be several other benefits involved. 3D Touch has just started off, and we may see many more possibilities. We expect Apple adding more Force Touch actions in the coming days. The third party app developers are also planning several ways to take advantage of the 3D Touch technology.

Touchscreen technology has already gone old. These are the days wherein smartphone manufacturers are coming up with newer plans. The 3D Touch can just be the beginning. The feature introduced on iPhone 6 and iPhone 6S has been well appreciated. The convenience and faster performance of the next gen force touch technology can indeed work wonders for iPhone owners in the days to come. Moreover, Android device manufacturers are so much charmed with the technology that we may soon see Android devices incorporating the 3D Touch technology.

What else would you expect the 3D Touch technology do with its advancements? Share your views and feedback with us.