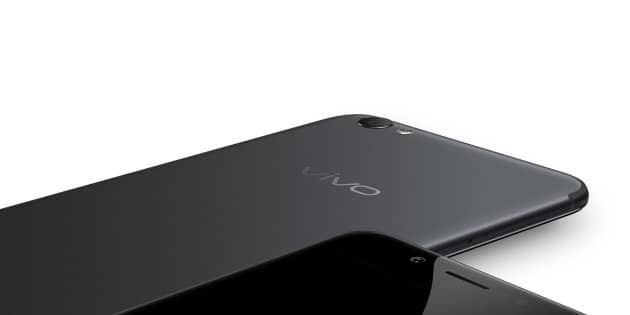 Vivo has been leaving no stone unturned to make itself a brand to reckon with. The fact is evident from the whole range of devices it has been launching over the last year. The Chinese smartphone maker has been a popular name in the camera and music arena since long. V5, one of the best selling devices from the maker is now getting an upgrade. The Vivo V5S is an attempt to raise the standards set by the Vivo V5. Let us go through the details and early impressions of this new offering from Vivo.

Well, as we stated before, the Vivo V5S is the upgraded version of the popular smartphone, Vivo V5. The new device is not exactly a huge upgrade on the original. But still, it packs in a few improvements that can make your selfies quite better.The selfie flash on the device has been improved.

It could quite too early to make predictions about the device because it has just been launched. However, early reports have been suggesting that if you already own a Vivo V5, it will not be a huge upgrade. On the other hand, if you are impressed with the Vivo V5 and have been planning to opt for it – we would advise you to wait till the new Vivo V5S is available with your retailers so that you can buy it instead of the older Vivo V5.

The Look and Feel

If you have seen the Vivo V5, you may not find the Vivo V5S any different. There are only a few subtle differences. The phone has the same 5.5 inch screen size combined with the metal frame on the rear.

There has been a change in the antenna lines. On Vivo V5, you would see them running across the back, while on V5S, the lines are at top and bottom edges. That, in fact, looks akin to iPhone – especially the iPhone 7. A new color has been introduced – the Black Matte variant is likely to be winning more customers.

It is quite comfortable to hold, and grip. The looks make it an iPhone 7 clone in more ways than one. The front has a 2.5D curved glass. The Home button is capacitive and comes with the Finger Print sensor embedded within. The Volume and Power buttons are positioned on the right while the audio jack and the microUSB port are located at the bottom. The Vivo V5S is quite contemporary with its design and looks quite good. Vivo has definitely paid much attention to make the smartphone a good option in terms of looks.

The Vivo V5 was available in Crown Gold color. The V5S has introduced a new color in the form of Matte Black. We feel the new color will attract a good deal of buyers.

The manufacturer does not seem to have paid not much attention to bumping the screen elements though. When there are leaks suggesting an upgraded version for Vivo V5, we had been looking forward to a Full HD resolution. However, for some reason known only to Vivo, the resolution stays at an HD one at 1280 x 720 pixels. That does not mean thought that the display lacks quality. Even then, there are several smartphones that come with a better Full HD resolution for a price less than Rs. 10000.

The 5.5 inch display functions as you would expect to. The colors are vibrant. The pixel density is a little bummer at just 267 ppi. Maybe a dampener there as we have a lot of devices – the likes of Xiaomi Redmi Note 4 that offer pixel density upwards from 400 ppi.

The Vivo V5S is powered by MediaTek MT6750 processor. The Octa core processor clocks at 1.5 GHz which can be a good option for most of the needs. Graphics are taken care of by Mali-T860MP2 GPU.

People who have been in the know would definitely feel disappointed with the choice of the hardware. The MediaTek processors are not really impressive enough with their performance. The 32 GB internal storage capacity on the original Vivo V5 has been bumped to 64 GB. That could be an interesting upgrade. You can even expand the storage further by another 256 GB.

The device comes with a 4 GB RAM and that would make it the best multitasker. Given the price point that the device has been launched at, we would have been happy to get better hardware.

The front of the phone is adorned with a 20 MP camera. Vivo has been in an attempt to compete with the likes of Gionee and Oppo – the latter in essence. The front snapper is undoubtedly the best for your selfies.

The camera on the Vivo V5S remains unchanged from the days of Vivo V5. You have the same 13 MP rear camera and a 20 MP front camera setup on the device. The rear camera has LED Flash and Phase Detection Auto Focus. The front camera offers you a soft LED Flash option. The front camera uses a Moonlight Glow to enhance the quality of the snaps taken under low light conditions. The feature is quite different comapred to the screen flash option available on similar devices.

Another interesting feature that makes an appearance on Vivo V5S is the Group Selfie. This mode will help you take wider selfies with a huge group. The features works on the similar lines as the Panorama feature found on the regular cameras. Both the front and rear cameras are capable of shooting HD videos at 1080p.

The Vivo V5S runs on Android marshmallow 6.0 out of the box. Given the fact that the newer smartphones have been launching with Android Nougat, we would have been happy to see the same on V5S as well. We would expect the update to Android Nougat soon.

Having said that, Android Marshmallow is not anything uncomfortable with. The phone has customization by Vivo’s own FunTouch 3.0 UI. The OS is highly inspired by iOS and looks completely iPhonish. You have access to a good deal of themes as well.

For the regular Android users, the UI may appear to be a little confusing and complicated. Given the simplicity and ease of use on the stock Android, the iPhone like toggles and settings can be a concern. We would have appreciated it if Vivo had provided an option to toggle for the skins. If you are someone who is holding your first ever Vivo device, you may need to go through a steeper learning curve to understand how the UI works.

There are quite a good number of pre-installed apps. It can be cumbersome for some of the users who really care about the precious storage space. The UI offers you the advanced options like <b.Smart Split which helps you in multitasking a far better manner. The feature is equivalent to the split screen mode observed in most of the devices these days. You will be able to two apps simultaneously on the single screen. Please note that the app needs to be supported from the developer end.

Battery and other features

The battery capacity of the Vivo V5S stands at 3000 mAh. There is a support for Fast Charging. Vivo V5S incorporates the same battery as on the V5. We have seen the performance of the battery on V5 to be quite satisfactory. In case Vivo has not made any under the hood changes that may affect the battery life, we would expect the battery to last all day long.

As for the connectivity, the phone supports 4G VoLTE. Vivo V5S is a dual SIM phone. However, it uses a hybrid SIM slot option. That would mean you will need to sacrifice either the dual SIM functionality or the expanded storage option. You will not be able to use both.

Other connectivity options include GPS, Bluetooth V4.0, WiFi 802.11g/b/n, and microUSB 2.0. The phone also supports the most in-demand feature of USB OTG. Fortunately enough, Vivo has not ditched the 3.5 mm Audio jack.

The Vivo V5S has been priced at Rs. 18990. The prebookings have already started. It will be available exclusively on Flipkart. You can pre-book the smartphone by logging into your Flipkart account. Visit this link for further details.
The Vivo V5S will release on May 6, 2017.

The Vivo V5S is an awesome phone in itself. But, if you are looking for an upgrade to your Vivo V5, it may not be a god option. Except for the enhanced storage and a few cosmetic changes in terms of design – there isn’t much difference between the two devices. The smartphone has just entered the market and it may be too early to enter into any conclusions. However, if you are looking for a device that has extreme selfie capabilities, this may just be the device for you.

At Rs. 18990, the price would be a little expensive.There are many good alternatives at less than Rs. 15000. Gionee A1 and Xiaomi Redmi Note 4 are a couple of good examples for the alternatives. The low-end hardware is a reason that may disappoint some of the prospective buyers.